A downloadable game for Windows

About the game
The majority of the game is set in an abbandoned house, where the player needs to explore, check objects like portraits and furniture to progress. Inanimate objects and ambient noises will be part of this small experience to contribute to the overall atmosphere.

It is highly suggested to play the game with headphones.

Extract the folder and  open HorrorFPSKit application.
To exit the prototype, press Alt+F4.

Viewing most recent comments · Next page · Last page
Rhys Sanders19 hours ago
I play this game at 7:26 during my 3 scary games video, what a brilliant scary game! Check out my video
Reply
chaanakyaa10 days ago(+1)

I really loved this game only thing is IT WAS SOOOO SHORT MAKE :/ want moree #support and #love from #india man <3 Here's my gameplay

keep it up and you will make it big

I really liked this game but some of the sound effects werent implemented into the game very well but I thought it was pretty creepy.

One of my biggest jumpscares brh

Reply
MiniwolfYT193 days ago
My Gameplay on this game
Reply
ItsUncleSam194 days ago(+1)
The game was actually pretty good! I really liked the atmosphere and graphics. The horror elements were good but I would've liked it even more if it was scarier :p Overall it was an awesome experience and you've done a great job!
Reply
SleepyHead Gaming201 days ago(+1)

This was a really awesome experience. The game ran fine and I did not come across any issues. I really like this style of game and you did an great job at creating a creepy atmosphere. here is a little video I put together for you:)

Thanks for playing it and for the video! :)
The fact that the area is small enough helped to make it not too heavy to play on any configuration.

Well done. I enjoyed it.

Love it, wish it was longer

This was clean and spooky af! Added it my new series, '3 Spooky Games'!

This game got me good a couple of times! The graphics are out of this world. I would love to see the whole game!

Great horror game! I love the visuals and light effects.

I played this yesterday and let me tell you after this I will never say NO to neighbors cookies.

hHere's video how it went at my part, so come don't be shy and tell me what you think about it. See you there.

This Game is very Awesome!😍 Greetings from Germany ❤️

I played your game and all I can say is. That was the silliest game I had in a while.
If people wanna see it then go ahead. Here is my video. Excuse me for being sick.

Ordnas, will there be an Android and iOS version and also Brazilian Portuguese subtitles?

This game scared the crap outta me, I literally jumped! You can see it in the video:

I love the part where you can become a CAN!!!
Reply
Athmabelf263 days ago

Oh my God! That games is so good. Keep developing this game, please.

This was pretty good! A little bit goofy at the end, but you captured the spooky atmosphere perfectly! I had fun with this, good work!

Well done!!! Will there be a sequel?

Reply
TsukuruHouse295 days ago
I like it
Reply
BerryDeaf300 days ago

Nice graphics in this game. I did get a bit spooked but I think the house was too brightly lit to be creepy. Also the key was hidden, I thought it was an image on the book since it fits perfectly within the frame haha. If you wanted to go scarier I wouldn't have the monster float slowly toward to you but rather jump at you at the end. Thanks for making the game I hope you grow and make more.

Thank you very much for the amazing experience! Can't wait to try the full version, really enjoyed your work, looking forward for more spooks! ^_^

Hi, I like the concept of what you're doing but I hope you're okay with some criticism.

1. Motion blur is too strong, when moving my character around I felt rather disoriented, if this was what you were going for that's great however it is quite difficult to move with and ended up hurting my eyes.

2. Character is abnormally tall, this is more a personal critique but I found it kind of confusing that the character matched up perfectly with all the door frames. With the hand being so small as well it all just felt weirdly proportioned. Also I assume the tv was important but it was hard to tell because I towered over it, possibly consider adding a crouch button as well?

3. Bathroom lighting is far too saturated and shiny, I couldn't bring myself to stay in that location as I found it to be a pain on the eyes. With the motion blur on top of it it was just not good to look at.

4. Again probably another personal critic but perhaps give small prompts to help guide the player in the right direction? I did not find the flashlight at first so I walked around the dark for a bit rather confused, when I found it it helped greatly but it would've been nice to have been informed of it's location.

Other than that I enjoyed the demo, if you make any full horror works I'll have to keep an eye out.

This Game looks So Good.

The fear factor is nice and creepy. The graphics are well done.

This game has several issues: 1) The junpscare sound is from the Slenderman Franchise.
2) Assets were from the Horror FPS from Thunderwire for $45 (either rearranged assets or copy and paste).
3) Some animations are not on point with the SFX. 4) there are some sfx that are familiar with some franchises that i played in the past. The “developer” of this “game” might needs some major work on this game.

Thanks for the feedback, it's not really a game but a demo in which I wanted to experiment with making a horror (it's my first time approaching this genre), all the assets and templates I used are written above in the credits.

Thanks for playing it!

Short, but still good. It really got me, I screamed and everything! Lol XD

Really like these types of games, hope to see more!

Here's a video of my playthrough of it. You guys should really play this game! ALONE! :D

P.S. This is the second game in my video. Enjoy!

Hi XxMelodicaxX, thank you for the video, I really enjoyed seeing you play it and I'm glad you enjoyed it! 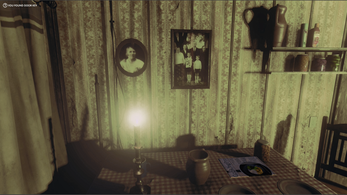 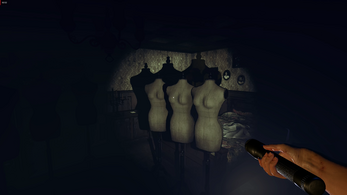 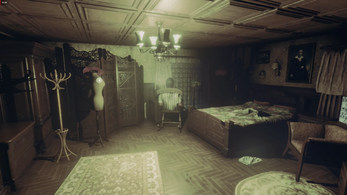 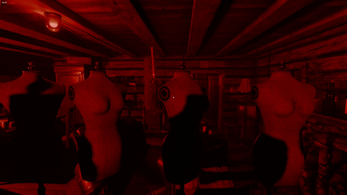